Cod, saithe and haddock belong to the noblest of the table fishes from the Atlantic. Their taste and firm white flesh put them among the most popular of fish varieties. Unfortunately this has led the fishing industry to fish for them without any constraints using their factory ships. As a result they are threatened by extinction in many regions, for example in the North Sea.

In order to offer an alternative to this unscrupulous exploitation of the fish reserves, we have developed our fish specialities. The cod, saithe and haddock are fished off the coast of Iceland. On the one hand these waters belong to the cleanest in the world, and on the other the Icelandic Fisheries standards are some of the strictest worldwide. They contain a sustainability concept for fishing off the Icelandic coast developed many years ago, which is still unparalleled.

The Icelandic Ministry of Fisheries not only enact these laws, they supervise compliance. Iceland doesn't belong to the EU which means that no other country may fish in their exclusive economic zone without full observance of the icelandic fishing laws.

In Iceland a rights based management form prevails. That means that each year the catch quotas for every fish variety is so determined that stocks are not endangered. As part of the management, entire stretches of the coast are closed to fishing to allow for regeneration of stocks. In areas where a recovery of fish stocks has been determined, zones are re-opened for fishing. All this is monitored by marine biologists, and scientifically documented. Catch quotas are divided among the fishermen so that all profit. Allowable net configurations are also defined as part of the overall concept, with the largest mesh size world wide in order to allow small fish to escape through the net and not end up as fishmeal or by-catch. 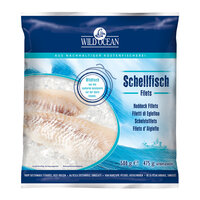